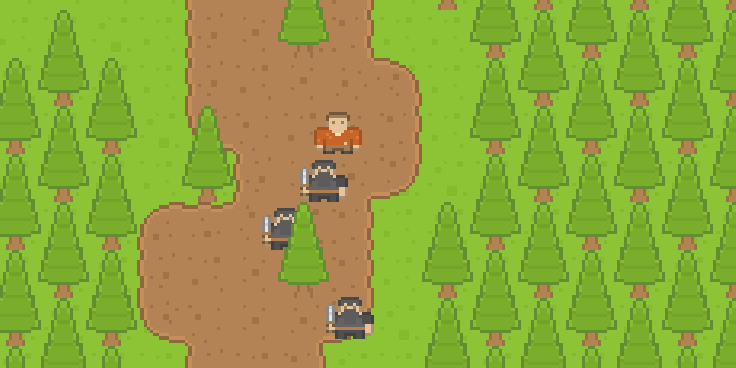 Does anyone out there have any good examples of top-down action/RPG games that have nice feeling combat? Preferably using pixel art and keyboard only. The combat in Nuclear Throne feels really nice, but like so many games out there, they use a combination of mouse and keyboard (keyboard to move, mouse to attack).

I'm trying to do the whole game with just keyboard (don't ask, it's just a requirement of mine).

Currently, I use WASD to move and SPACE/Enter to attack, but it just feels wrong and I can't place why. Maybe it's the best that it gets with keyboard only. Or maybe there is something little I'm doing wrong that actually matters a lot. It's why I'd like to play some example of games that do it well.

Also, something that runs on the Mac.

And I want a pony.

UPDATE: Still no pony. But, for the commenters that are telling me I should use arrow keys instead of WASD... arrow keys work as well as the num pad. Originally, only the arrow keys worked, but then every single person I sat down to play started using WASD, so I finally implemented it.