A Complete Map Of The Cave And Other News...

Now that The Cave is done and unleashed on an unsuspecting world (ok, we did do a bunch of PR, so it wasn't exactly unsuspecting), it's time for me to move on from Double Fine and plot my next move.

So many games left to be designed.

I want to thank all the amazing people at Double Fine for all their hard work on The Cave. It was a true pleasure to work with every one of them over the past two years. So much fun. I will miss them all. And of course to Tim for creating the opportunity to come there and make The Cave.

Over the next few weeks, I'm going to post some behind the scenes pictures we took during the game's development and stuff like this... 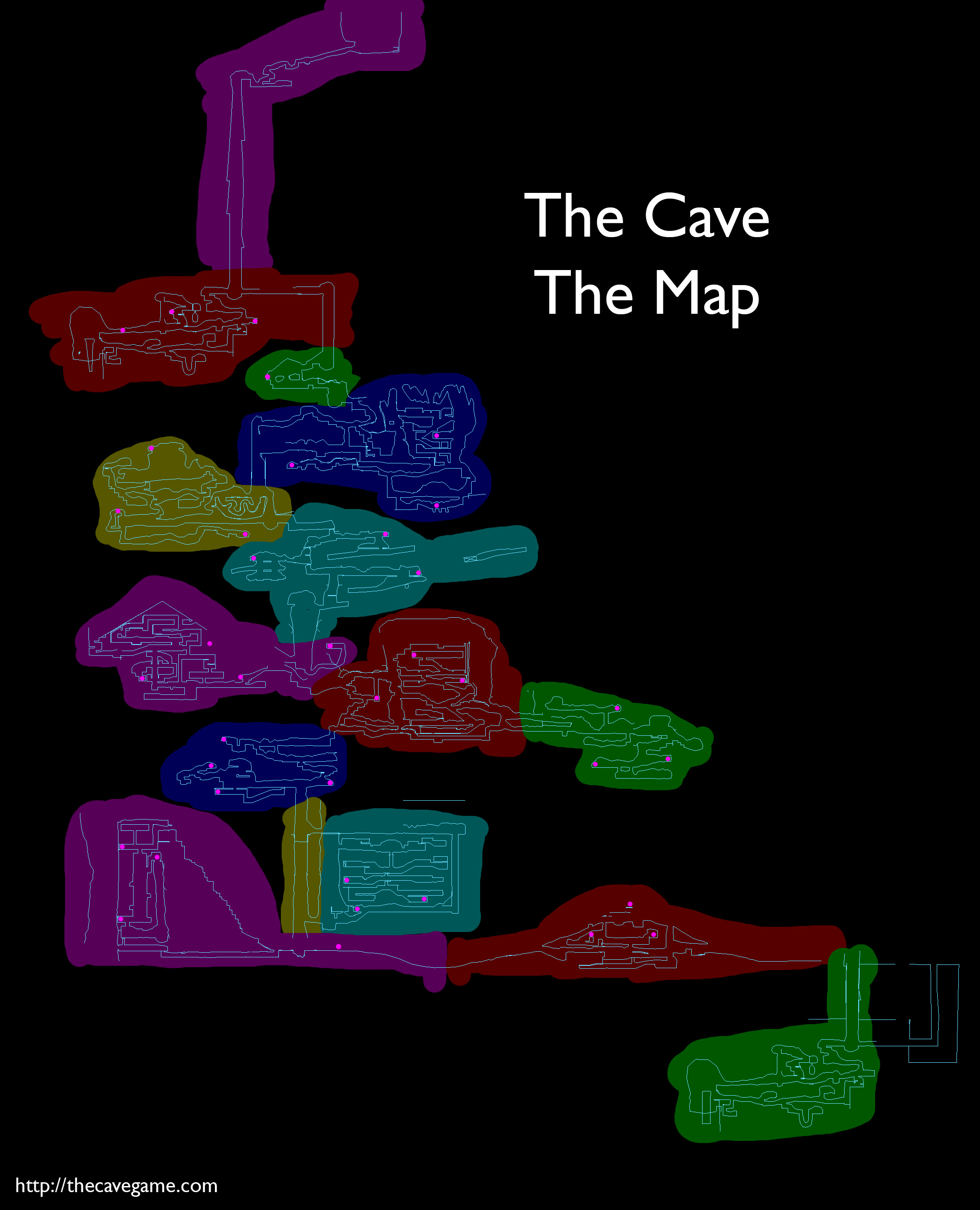 That's a complete map of The Cave exported from Maya by designer J.P. LeBreton. Bonus points if you can figure out what the pink dots are.

For the short term, Clayton Kauzlaric and I have been toiling away on another iOS side project that I'm going to focus on over the next few months. It's called Scurvy Scallywags in The Voyage to Discover the Ultimate Sea Shanty: A Musical Match-3 Pirate RPG. I'll post some screen shots in the next few days.

I also have that PAX Australia keynote to write. How did I ever let them talk me into doing that. So much fun. So much pain. Maybe I'll just do a 45 minute Q and A session.