Haunted by the Cave 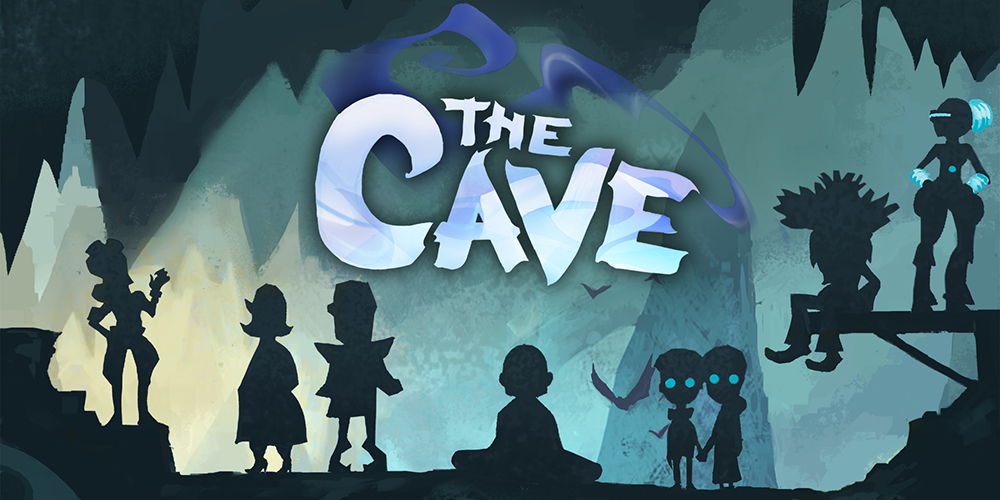 Of all the games I've released, I'm haunted the most by The Cave. I guess when a game percolates in your head for 30 years, it's bound to mean something.

The Cave, not so much. The Cave is a great game and how it was panned and forgotten perplexes me to this very day. The other night, I literally (and I am using that word correctly) woke up from a nightmare about The Cave. If I ever venture down into The Cave, my object of desire will be a successful version of The Cave. What atrocities will I commit to make it true?

I've asked a lot of friends and read countless options on the Internet about what's wrong with The Cave, so I'm not asking. Please don't tell me in the comments, I'll just delete them.

The morning The Cave was released, I eagerly awoke and headed to my computer to see early reviews. Buzz was good, playtesting was good, press tour feedback was good. I was optimistic. Then I read the first review, then the second, and a third. I was crushed.

I headed into work and felt horrible. Everyone on the team did such a great job and they were reading the same reviews and it was disheartening. How could I fuck this up, I kept saying to myself, all the while trying to keep a positive attitude. There is no one to blame but myself and it haunts me to this very day. Who did I not listen to? What did I not see?

Maybe it was one or two big things, like having to repeat the common areas, or maybe it was more systemic. Maybe it was just bad, boring or pointless storytelling. Maybe it just wasn't that fun. When something fails (from rocket ships to movies to a game), it's often (but not always) many things that form a perfect-storm of ick. For every internet theory I've read on what is wrong with The Cave, I can point to other games that did very much the same thing and succeeded. I don't feel it's a matter of just fixing one thing and we're done. It's kind of why it's not a 20/20 hindsight discussion I want to have.

Over time, I can often distance myself from my games and understand (both the good and the bad) them better. But not The Cave.

After my nightmare a few days ago, I fell back to sleep and had another dream about The Cave. In this dream, I made The Cave 2, but in 2D and with new characters and fixed all the problems.

But I don't own the rights to The Cave, and the chances of Double Fine selling them back to me are about as good as Disney Selling me Monkey Island (and I won't work on games anymore that I don't own/control).

I'm not sure what I'd fix anyway. My dream didn't tell me that.

Harban Vassbakk Feb 28, 2018
I haven't played The Cave yet, so I cannot say anything about my opinions on the game. But there is no direct connection between the quality of a a work and its popularity/sales. Games are sometimes made "outside their time", which is super difficult to predict. Perhaps if a similar game had been successful a year before, then The Cave would have been more popular. Or maybe the same thing could have happened if platformers or adventure games were more popular.

You say that you have asked around for input on what was wrong with the game, but haven't figured it out. I think if you like the game itself. and cannot find any obvious faults, then you have made a game that you wanted to make. I understand that it sucks to get bad reviews and low sales, and that it's impossible for me to understand the complex set of bad emotions that arise from having worked hard for a long time on something you're passionate about, only to get negative feedback in the end.

Creating a game (or a movie, or a novel, or a play and so on) is really difficult, and you should be proud of every project you've finished! Despite what others have to say about it.

Giorgio Novelli Feb 28, 2018
Sorry to put it bluntly but you just wanted to much for the game to be successful, you poured so much of yourself into it and you're the last person to be objective about it (you're too invested, emotionally and phisically).
You just need to trust the gamers who are sufficently detached from the creating process, and for what's it's worth, I'm one of them. Personally I had very great expectations for the game and I was pretty disappointed, it just wasn't fun, I won't elaborate further since you explicitly stated you don't want other feedback.
If I were you I wouldn't ruminate further on failures, I'd try to be optimistic and go on with my life, set the sails with the wind like Guybrush would do.

Big Red Button Feb 28, 2018
The successor you describe above rather sounds like a spiritual one. If you did The Cave 2 for DF, it would have to be 3D, because the media would compare both games directly and would probably not understand such a visual "downgrade".
If a game is unsuccessful, you better discontinue the IP anyway.
Personally, I enjoyed The Cave. If you ever do a successor, I won't care about whether it's based on the same IP, since the reason why I enjoyed it is not the IP, but the puzzles and the sceneries. Furthermore, the game is not as character-driven or story-driven as point & click adventure games are. You could introduce new characters and maybe a different setting, use a different title, adopt what you have learned from the criticism on The Cave - and maybe the result would be an even better IP.

FrozenOwl Feb 28, 2018
Er... are we talking about the same game? 😀
I really liked The Cave. It may not be as "Amazing" as MI or TP, but it is undoubtedly a "Good" game, as written in most reviews I could find on the Internet.
I finished the game TWICE, which is far more than I would do with another game. But I could not find the courage to play one last time (and finally learn the dark story of Hillbilly...). Anyway, I really enjoyed the atmosphere, the dark humour and the progressive revelation of the story behinf each "seemingly nice" characters (special mentioned for the Twins!).
So, please just ignore the "Be perfect" (cf. Kahler's Drivers ) and thank you in advance for the future great games you will make!

Kristoffer Trolle Dec 17, 2021
Don't know the game industry to know what went wrong so I don't have any answers. But you are right, the game is absolutely awesome (maybe my favorite game you made Ron), but almost never heard anybody talking about it. Could it just be bad luck?

Emma Apr 01, 2022
I really love the Cave and thought it worked brilliantly as a mobile game. I actually preferred it on mobile over PC. Sad that DF stopped updating it years ago, so it doesn't work on my phone anymore. But I still play and love the PC version :)

Frank Apr 05, 2022
"...the chances of Double Fine selling them back to me are about as good as Disney Selling me Monkey Island (and I won't work on games anymore that I don't own/control)."

Does that imply there could be The Cave(tm) Part 2 in the near future? I would freak out if this could be true because The Cave(tm) is very dear to my heart and I have played it until I got all endings of all characters and then played it again some years later and realized (by dumb luck) that there are also good endings and I played it again (this time to 100% - good and bad) and I loved the game even more.