The Making of Maniac Mansion 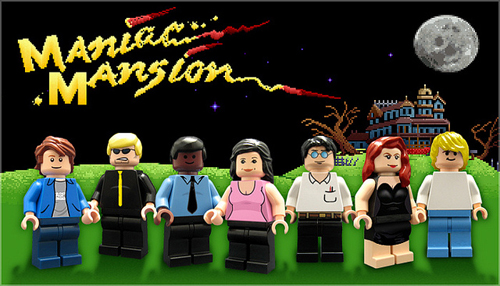 The fine folks at Game Forum Germany have been trying to get me to speak there for the past three years, but something has always come up and prevented me from attending, but this year I vowed to go. This year was going to be different.

I've only been to Germany once before and most of that three days was spent at a hotel attached to the Munich airport doing PR for Total Annihilation. Our hosts did take us into town for dinner one night where we ate at an Italian restaurant. I feel a proper trip to Germany is due and I expect to see lederhosen and lots of them.

I was told I could talk about anything I wanted, which always presents itself as a dilemma. The easy thing to talk about is Monkey Island. Everyone loves to hear about Monkey Island. The next easiest thing would be to talk about DeathSpank since it's shiny and new and I get a lot of email asking me about the game, but in the end I decided to give a talk about the making of Maniac Mansion.

Despite all it's problems, it's a game that is loved by countless gamers and it holds a very special place in my heart. All the lessons learned from making Maniac Mansion can be seen in the design for Monkey Island. Without one, there would not be the other.

During my research for the talk, I came across an amazing amount of fan art for Maniac Mansion including the wonderful Lego Minifigs seen above.

I'm incredibly excited to be giving this talk and finally seeing Germany and getting a window seat on the way there and back. I'm going to keep the window shade open the whole fight. If I can't sleep on a plane, no one else is going to either.