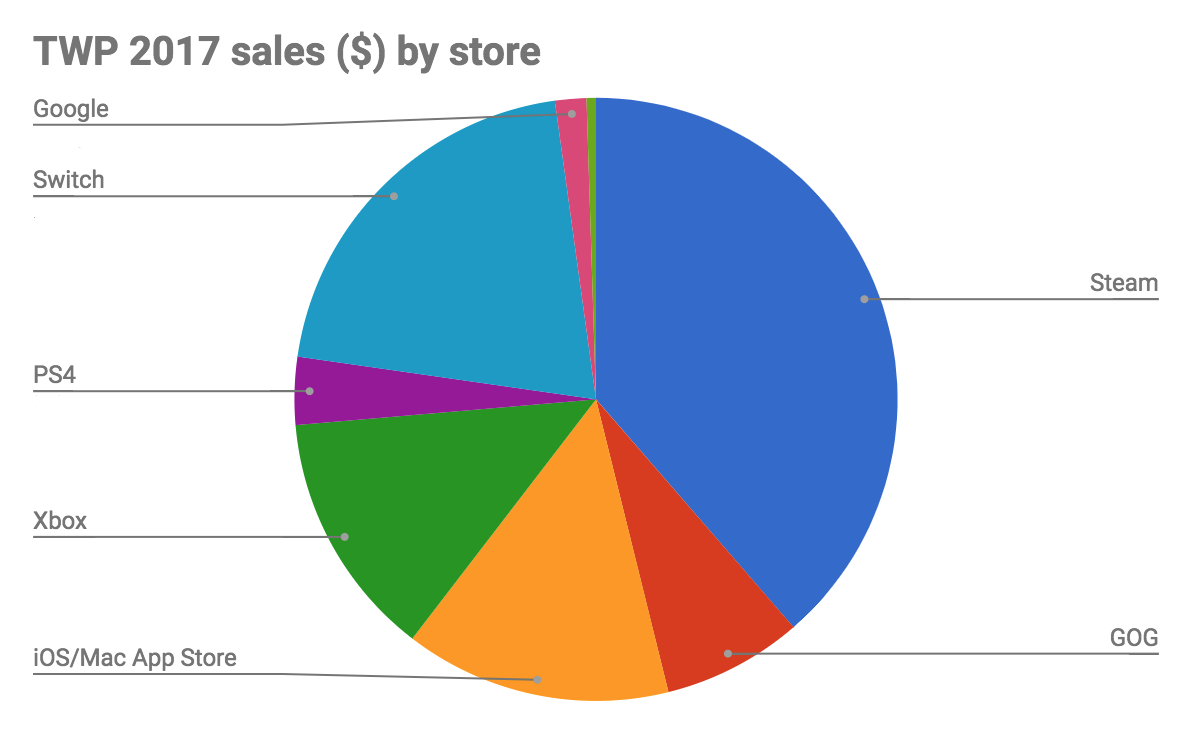 Here is a breakdown of Thimbleweed Park sales by store for 2017. This is based on dollars, not units, so mobile numbers will be smaller due to price. You can see how strong Switch is given it only had a few months of sales.

The iOS and Mac App Store numbers are combined due to Apple lumping them together for payments. 75% of the money from Apple comes from iOS.

Typically, GOG sales are 5%-10% of Steam sales, but we're doing much better than that.

Android sales are lower than expected, but not by much. Paid Android apps have always been a struggle.

The thin green slice at the top is the Humble store.

The biggest disappointment is PS4 sales. We could never get them to feature us, so we've haven't been on the dashboard. PS4 and Switch came out close to the same time, so I figure Switch sales have cannibalized PS4 to some extent, but it doesn't fully explain it. Given the large installed base of PS4, it's a tad confusing. The argument that players don't want to play point-and-click on a console doesn't hold water given how well we did on Xbox.

For indie devs that don't have money to advertise, you're at the mercy of the platforms, and this goes for Steam, GOG and the others. 90% of your attention comes from being on the front page or dashboard, and if you can't get them to feature you (or aren't naturally in the top lists), you have a problem.

All-in-all, I can't complain. Thimbleweed Park has done well. Nobody is getting rich, and it's not enough to turn around and make another point-and-click adventure without substantial risk, but by the end of 2017 I had made just enough to just dig myself out of the financial hole the game put me in.